The Hollis Police Department patch pictured here was used for a short time (perhaps two or three years) in the mid 1980's. The patch is a fairly simple design, depicting a portion of the town's seal, and the words HOLLIS N.H. POLICE above it. Upon Chief Richard Darling's appointment as Chief of Police in April of 1984, the design of the patch was changed to include the entire town seal. The town seal was designed in the mid 1970's by Michelle Viega Chartier.

The Hollis Police Department began using this patch in the spring of 1986. In the center is the seal of the Town of Hollis, depicting a church (the building on the left), a school (the building on the right), and a plow (in the air, known locally as "the flying plow"). The words surrounding the seal have a direct relationship to the center-piety to the church; learning to the school; and industry to the plow. Around the bottom of the seal is identified the name of the town and the state. The department is identified in large, bold letters (POLICE) across the top of the patch. 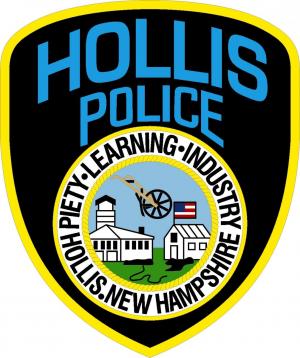 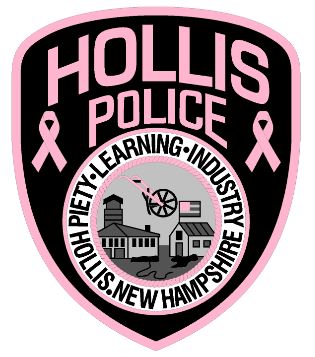